Woodlands is featured in the January 2019 GO Magazine: 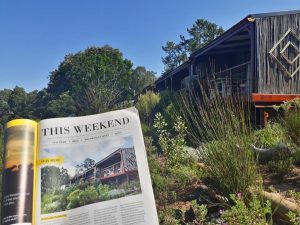 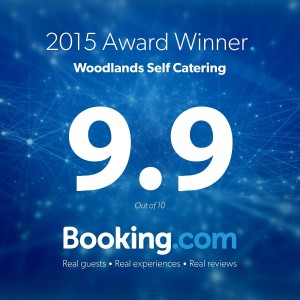 Woodlands is featured in the April 2016 Country Life Magazine: The Secret of the Forest
Shh… It’s a secret… Tucked away on the edge of Knysna Forest, the Rheenendal Ramble is full of surprises…

Can secrets be shared? I mulled this over when I discovered an enchanting pocket of verdant land, just eight kilometres west of the bustling centre of Knysna. It was tempting to keep it to myself. The 12km stretch of road is lined with leafy trees and spiced with a farm stall, a country store (or two), a daytime restaurant, a colourful and innovative tea garden and a choice of self-catering accommodation – most of them edging the Knysna Forest.
READ ARTICLE

Woodlands is featured in the January 2016 Country Life Magazine: 10 best family getaways, scroll down to number 8:
Garden Route gems are precious finds, especially those secreted away from busy towns. Woodlands self-catering is just such a place. Between Knysna and Sedgefield, on the edge of a stretch of indigenous forest, it offers a family suite that sleeps four and has ample room, a braai and deck overlooking the forest.
READ ARTICLE

Woodlands first wedding, Jared and Elaine eloped! See some of the beautiful photographs taken at Woodlands:
Their ceremony was at the beautiful Woodlands and was planned to be in the forest, but unfortunately, our weather did not play along and it was not raining, but pouring! So the owners of Woodlands made a plan and Jared and Elaine had to settle for the garden.
READ ARTICLE